Home > Our Story > The Vineyards

The Vineyards at Coyote Moon

The vineyards are part of a 400-acre farm located on East Line Road in Clayton, New York. Prior to becoming a vineyard, the land was an abandoned farm. Owner, Phil Randazzo made it his goal to revitalize it into the burgeoning vineyard it is today. 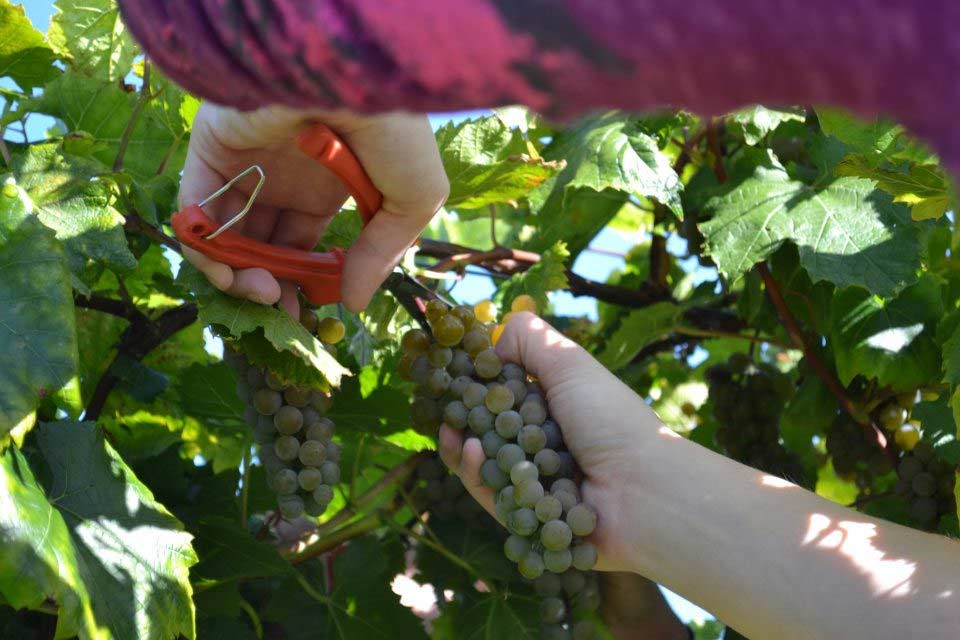 The soil at Coyote Moon Vineyards is rich with clay, granite, and minerals that provide the basis for full, rich grapes. Gently sloping vineyards run southwest to northeast to get the prevailing winds and the longest exposure to daylight. Coyote Moon Vineyards’ soil composition, St. Lawrence River watershed, air currents, and the Randazzo’s touch, (also known as terroir) combined with the Northern Climate grapes create flavors present in the wines that cannot be found anywhere else.

Marquette, Frontenac, Frontenac Gris, Frontenac Blanc, Brianna, and La Crescent are all Northern Climate grapes that are the product of the University of Minnesota’s grape growing project. The grapes were created through a hybridization program and are extremely hardy. 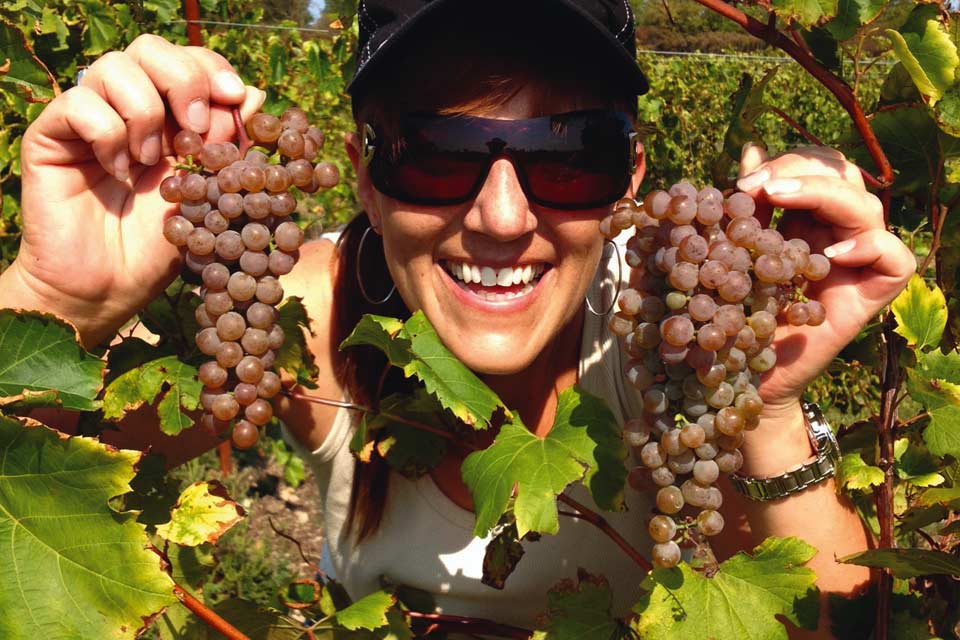 Notably, Coyote Moon Vineyards is a best practices vineyard that works with Cornell University and 11 other universities to determine the best way to prune, trellis, and promote the Northern Climate Grapes. Throughout the summer, visitors to the vineyards will see scientists combing through the rows taking samples, measuring, and investigating Coyote Moon’s techniques. All the information is gathered and then disseminated throughout New York to all Northern Climate grape growers to aid the development of the grapes and the industry prospering from them. 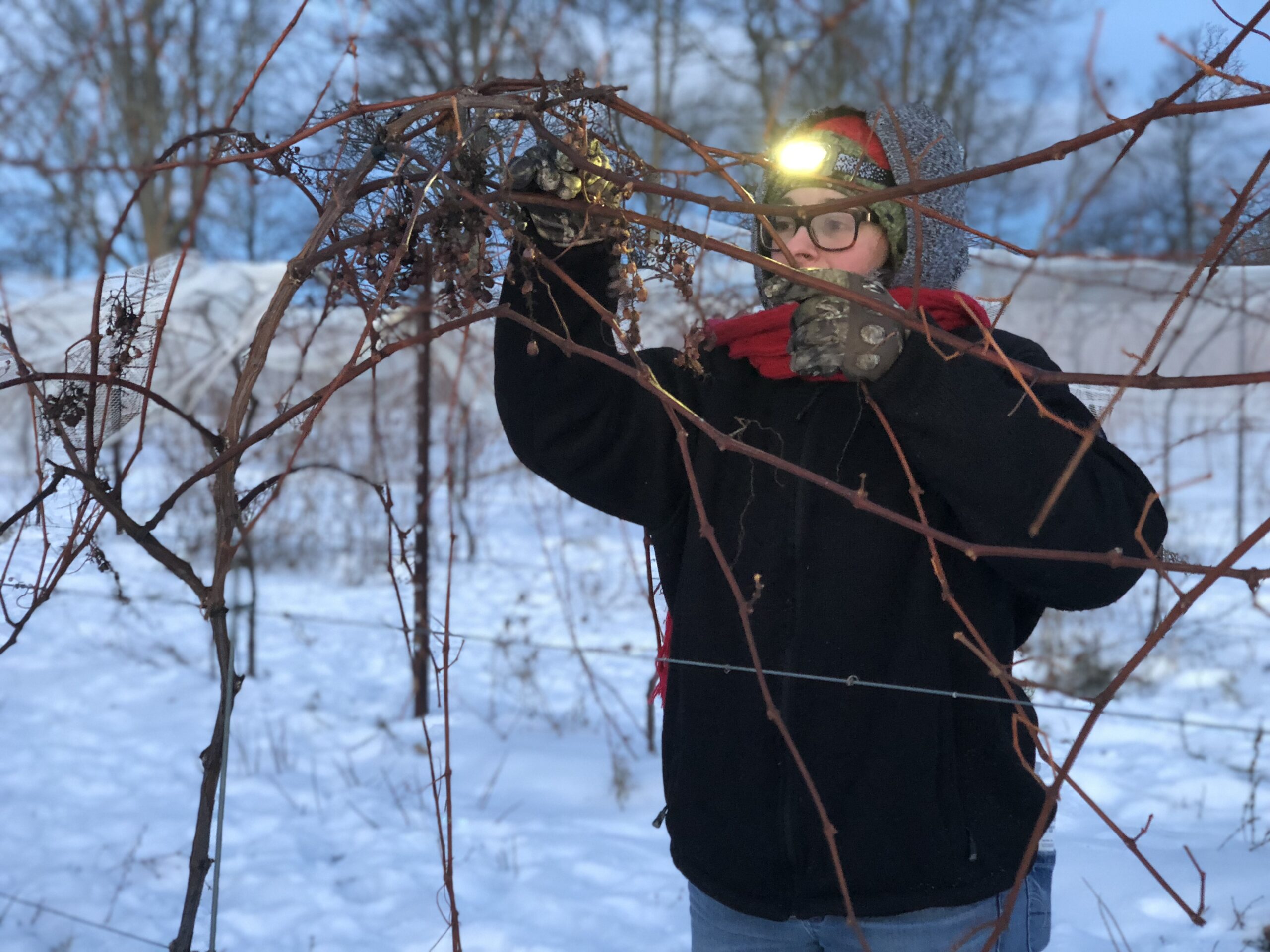 A legendary ice wine must first begin with legendary grapes grown in regions with freezing cold winters. While most grapes are harvested at the end of summer, grapes for ice wines are left to age on the vines well past their usual “prime” and aren’t touched until temperatures dip below freezing. This means that plump, juicy grapes that could have been harvested and turned into wine are seemingly abandoned and left to the elements where they begin to shrivel up like raisins and are at risk of being devoured by hungry birds and deer. These grapes aren’t just in jeopardy of being eaten by animals; unexpectedly warm temperatures can cause the grapes to rot or harsh winds may knock grapes off the vine, potentially wiping out an entire crop. Is this risk really worth it? Why would some winemakers choose to pass over harvesting an outstanding crop in September in exchange for a potentially disastrous harvest in January? For winemakers like Phil Randazzo, the challenge to produce the very best wine in the world is worth the risk. “All farmers are gamblers. We are all up against Mother Nature, the meanest Blackjack dealer around. It might sound crazy to some that we’d stake our livelihood against such precarious odds year after year, but here we are, doing it,” comments Phil.

After harvest at the vineyard wrapped up in September, winemaker Dave Countryman anxiously monitored the Frontenac grapes reserved for ice wine. He checked the weather forecasts to predict when the grapes could be harvested. Temperatures had been momentarily dipping below freezing since before Christmas, but harvesting requires sustained sub-freezing temperatures to be successful. While patiently waiting for temperatures to drop, Dave watched as a high wind storm attacked the vineyard, knocking a portion of the crop to the ground before it could be harvested. Anxious that more harsh weather could wipe out all the remaining grapes, Dave made sure the rest of the staff was ready to harvest at a moment’s notice: the minute temperatures dropped, he wanted to be out picking grapes. Luckily, temperatures began dropping quickly and weather forecasters predicted Sunday, January 8th would be cold enough for harvesting. Early that Sunday morning, a small team of Coyote Moon employees and a handful of brave volunteers met at the vineyard to harvest in freezing cold temperatures. Sipping hot coffee and bundled up in five or more layers of clothes to battle the -5˚F temperatures, the harvesting team was thankful that at least it wasn’t snowing. The small team of employees and volunteers worked quickly and efficiently, harvesting the entire vineyard in a few short hours.

The day’s work wasn’t finished for the winemakers. Soon after the grapes were harvested, Dave processed the grapes, starting with six hours in the grape press, where every last drop of concentrated, sweet, delicious juice was extracted. “This is the best juice we’ve had all year,” Dave commented. “The great thing about an ice wine harvest is that only the very best fruit remains. Mother Nature has a way of eliminating any bad grapes in the vineyard.” Only the best, most resilient grapes survived the harsh weather, yielding the most exquisite juice possible. That juice is now Coyote Moon’s newest vintage of deliciously sweet ice wine.