Home > Our Story > Our Family 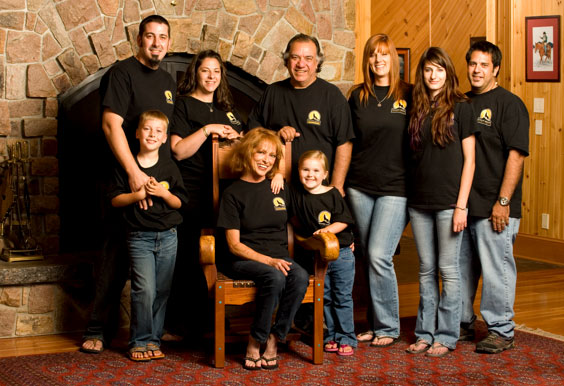 Phil Randazzo, owner and winemaker, was inspired to open Coyote Moon vineyards after a family trip to Italy. Phil and his wife, Mary, took their daughter, Kristina, to Sicily as a graduation gift. While in Sicily, the Randazzos were taken to the home of their great, great-grandfather and visited relatives. One of their relatives went down to the basement and brought a jug of wine to the dinner table: the jug was passed around and enjoyed all night.

The Randazzos learned that the wine was their great, great-grandfather’s recipe and that they came from a long line of winemakers- winemaking was in their blood! Phil came back from the trip with a deep-seeded passion to continue the family legacy of wine making. He returned to Clayton, New York and began educating himself on how to grow grapes. By 2008 the Randazzo family planted their first vineyard and began selling Coyote Moon wine in 2009. Soon after opening, Phil’s son and daughter-in-law, Tony and Lori moved across the country to join the Coyote Moon family along with Kristina’s husband, Christian Ives. Phil and Mary have been thrilled to see their family continue to grow with grandchildren, great-grandchildren, and a whole staff of “adopted” family members who have joined the Coyote Moon family.

Mary Randazzo passed away on October 10, 2017. The Randazzo family and entire Coyote Moon family have continued to feel the devistating loss of such a bright, beautiful, and inspiring individual. To read more about Mary’s incredible life and the legacy she left behind, please check out Mary Randazzo’s Memorial.

A Tribute to an Artist who Loved Fall, by Kristina Ives